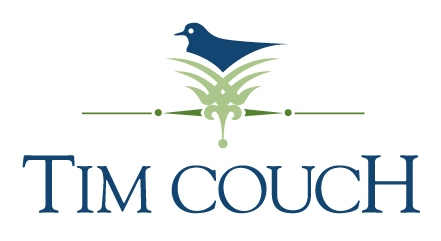 This isn’t our parents’ or grandparents’ retirement anymore. Just a few decades ago, many retirees enjoyed the full benefits of the “three-legged stool” of retirement provide by guaranteed pension payments, savings, and Social Security. In addition, they didn’t have to be very concerned with how much of their income translated into actual purchasing power because, except for the mid to late seventies, inflation was not a big factor for several reasons. Today, the three-legged stool is barely standing on two legs and inflation, even at the lowest levels, can wreak havoc on our lifestyles due to the fact we are living 12 to 15 years longer.

Financial Challenges Then and Now

The first reason why past generations were largely immune from inflation creep on their lifestyles was due to shorter life spans. A male retiring at age 65 in 1970 was expected to live 10 years into retirement – a female 12 years, so there was less time for inflation to have an impact. Secondly, nearly 75 percent of retirees received a guaranteed lifetime income from pension plans and many plans included a cost-of-living adjustment. For them, any retirement savings could be used as surplus. Third, back then the yield on savings vehicles were more closely linked to the rate of inflation so their future purchasing power was not impacted as much.

When we fast forward to the year 2013 we find that most people have never even heard of pension plans, and the vast majority of retirees have only their defined contribution plans (401ks and IRAs) to rely upon for their future income needs. And, it has only become apparent in the last several years that many have come up well short of the capital needed to sustain their lifestyle for a lifetime. While much of this can be attributed to over-consumption and the recent market crashes in stocks and real estate, we can also point to the lowest savings rate by a generation in our history. Add to that the current interest rate environment in which low savings yields have turned negative when factored for inflation, and we have a real savings crisis which will affect the next few generations and their ability to meet their retirement income needs.

Time to Get “Real” on Inflation

Speaking of inflation, today’s pre-retirees and retirement savers may not even remember the double-digit inflation that spiraled out of control from the late 1970s to the mid 1980s. While the “official” inflation rate of the last couple of decades has been miniscule by comparison, as measured by the Consumer Price Index (CPI), most people don’t realize that we are still experiencing double-digit inflation which is seriously eroding their purchasing power today and will make it very difficult to retire into a sustainable lifestyle long into the future. That’s because, following the sky high inflation rates of the 1970s and 1980’s, the government removed two of the biggest inflationary triggers – food and energy – from the basket of goods used to calculate the CPI.

So, their prices, which have been increasing the fastest over the last decade, aren’t even reflected in the official inflation rate, which is currently still hovering below 3 percent. When food and energy prices are added back in, the “real” inflation rate is closer to 11 percent; and that is the real impact on incomes today and in the future.

The High Cost of Living Longer

It wasn’t until just recently, when we had to confront our longevity. While most people are aware that we are living 12 to 15 years longer than our grandparents, what they haven’t firmly grasped is that longevity is not measured in static terms which says that, a person born today can expect to live until age 79. Rather, longevity, or life expectancy, continues to expand with each year we age. So, for example, while a 60-year old male can expect to live until age 81, that same male at age 65 can be expected to live until age 84. At age 70, depending on your health and family history, you have a 20 percent chance of living to age 90, and a ten percent chance of living to 100.

Now layer inflation risk onto longevity risk, which is really the risk of outliving your income, and suddenly they are compounded. Our grandparents only had to contend with inflation for 10 to 12 years. Their parents weren’t expected to live much beyond retirement (which is why Social Security seemed like such a good idea back in the 1930s). We need to contend with a “real” rate of inflation for as many as 25 to 30 years. At 3 percent inflation, we lose half our purchasing over 23 years. At 10 percent our purchasing power is cut in half in just 7 years.

Although we may have painted a rather bleak picture of the retirement outlook, there is really no reason for panic or despair. While the numbers and the realities may appear daunting, the fact is that the sooner your focus on retirement planning in real terms – that is using real assumptions base on your actual income and investment returns factoring inflation, along with a realistic measure of your potential life expectancy – the sooner you can have your retirement plan back on track. The key to mitigating the risk of longevity is to not minimize the effects of inflation compounded over your lifetime.

*This content is developed from sources believed to be providing accurate information. The information in this material is not intended as tax or legal advice. It may not be used for the purpose of avoiding any federal tax penalties. Please consult legal or tax professionals for specific information regarding your individual situation. This material was developed and produced by Advisor Websites to provide information on a topic that may be of interest. The opinions expressed and material provided are for general information, and should not be considered a solicitation for the purchase or sale of any security. Copyright 2014 Advisor Websites.